Taking care of the environment has become one of modern societies’ main concerns thanks to the level of awareness acquired. This has led governments of developed countries to commit themselves to protecting the environment and to developing regulations.

Therefore, the bodyshop is no stranger to this reality and nowadays more environmentally friendly paints and products of all kinds are already being used. With regard to these paints, today we will talk about low VOC emission clear coats.

VOC stands for volatile organic compounds that are released into the atmosphere by the various paints when they are applied by the end user.

Additionally, a volatile organic compound can refer to solvent-based by-products that are incorporated into the paint during the manufacturing process. The solvents or thinners have a significant polluting and harmful effect on the environment and human beings, hence their importance in relation to the composition of the paint.

In Europe, various directives have been developed relating to composition of paints for countries in the European Union to incorporate into their legal systems.

Social concern about environmental pollution has led European governmental bodies to develop regulations that seek to establish common criteria for action against environmental pollution and that affect the different actors that make up the industrial paint sector’s conglomerate, both in their manufacture and use in factories, workshops and industries. These regulations must be incorporated into the legal system of the European Union’s different countries and have the force of law.

Out of all of them, the regulation that directly affects the bodyshop is the well-known Directive on paints that came into effect on April 30, 2004, with the aim that the different countries would incorporate it into their respective legal systems. In the case of Spain, the transposition of this directive was made effective through the Royal Decree 227/2006 of February 24, 2006.

This standard defines the characteristics of the different paints and clear coats (with the exception of aerosols) in terms of their solvent content once diluted and/or hardened, with the aim of limiting their maximum VOC content. The aim of this limitation is to control the formation of ozone caused by VOCs in the troposphere and thus reduce atmospheric pollution.

In order to achieve this, the Directive details the different, most commonly used types of paints and sets a VOC limit in grams per liter, specific to each of them. It also establishes the obligation to specify this information on the label to make it easier to verify its legality and prohibits the marketing of paints and clear coats that exceed these limits from January 1, 2007.

According to the Directive, the recommended values are under constant review so the European Commission can adapt them, depending on any technical developments that make it possible to reduce them, as the manufacturers have agreed to focus on innovation in this respect.

In order to ensure that the regulation is enforced and does not become obsolete, there is a mandate to the various European bodies and governments which forbids the marketing of any products that do not comply with these limit values. A monitoring program is also established in each of the countries of the European Union to inform the European bodies of their correct compliance. These monitoring programs will be repealed on July 16, 2021 by the European Union Regulation 2019/1020 in which new market surveillance and monitoring mechanisms and strategies are developed to ensure the conformity of products on the market.

Finally, exceptions to the Directive are established in the form of a series of activities related to Directive 2010/75/EU, and the repair and restoration of classic vehicles with historical and cultural value.

What are low VOC emission clear coats and what are they used for?

Low VOC emission clear coats are clear coats that have been developed by various paint manufacturers to comply with the legislation indicated in the previous point. These clear coats do not contain more than 420 grams of solvent per liter of product. At the moment, some brands have already developed water-based lacquers, although they have not yet reached the level of quality and finish of solvent-based lacquers.

The paint and clear coat manufacturer ROBERLO offers clear coats with low VOC emissions such as the Kronox series, notably KRONOX 510, 610, 620 and 3200

Environmental awareness is an attitude that any modern society has already integrated and internalized. Within them, the greatest responsibility falls on those who manufacture and use paints and clear coats, so the development and use of low VOC clear coats is an unavoidable necessity. This benefits the environment, the people who apply them and the bodyshop or the industry itself.

In this course, we will teach you the theoretical bases of color, so that when attempting to prepare a color, you may understand how light, pigments, particles, etc. act and interact, and how that affects the perception of the final color.

11
1h
Basic
I want to sign up
Car refinish

If you have the iCrom color management software, this is the course to get the most out of it.

8
1h
Medium
I want to sign up
Car refinish

Defects and damage to bodywork

In this course, you will learn the importance and how to prevent defects and damage to bodywork.

19
1h
Medium
I want to sign up
Car refinish

Sign up for the clear coat course to learn all you need to know about applying the last coat of the car refinishing process.

12
1h
Medium
I want to sign up
Car refinish

Learn everything you need to know about primers for auto body repairs.

Learn everything you need to know about putties for auto body repairs.

11
1h
Medium
I want to sign up
Car refinish

This course will introduce you to the repair and refinishing of auto bodywork.

Stay up to date 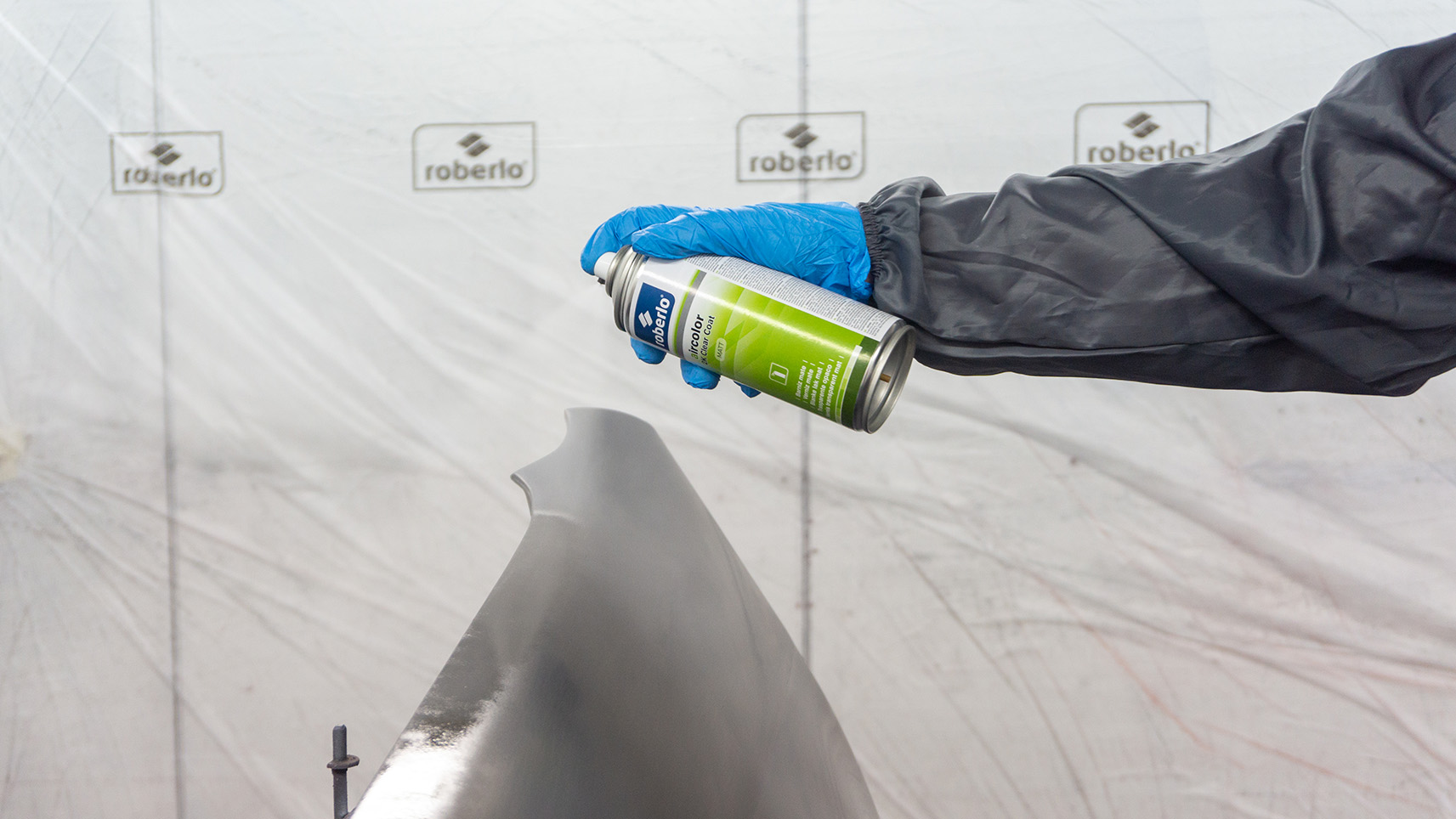 Aerosol paints have become an important part of everyday life in a multitude of sectors. 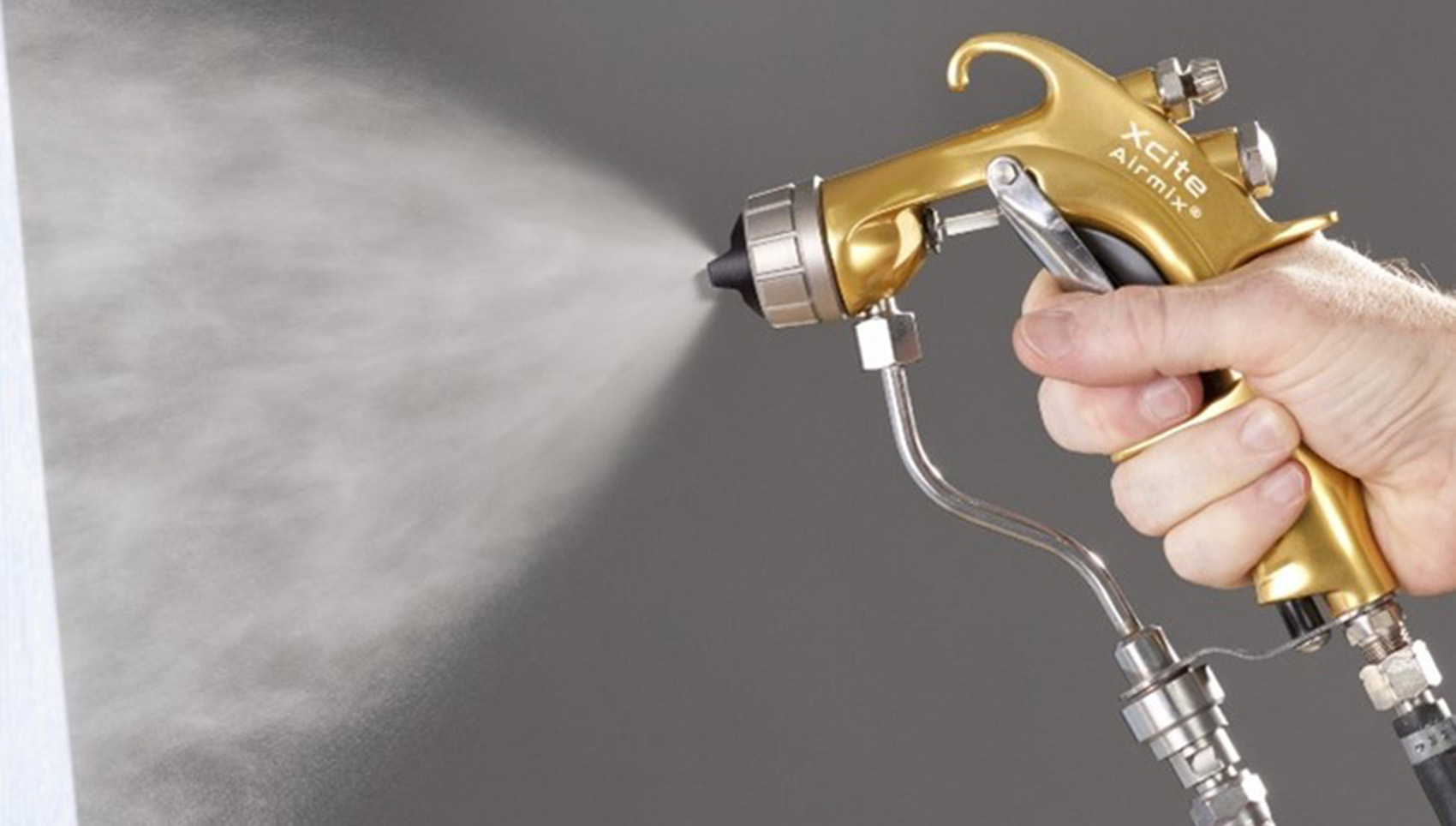 In the industrial sector there are an infinite number of possible scenarios when it comes to covering a surface: from truck cabs to large structures. 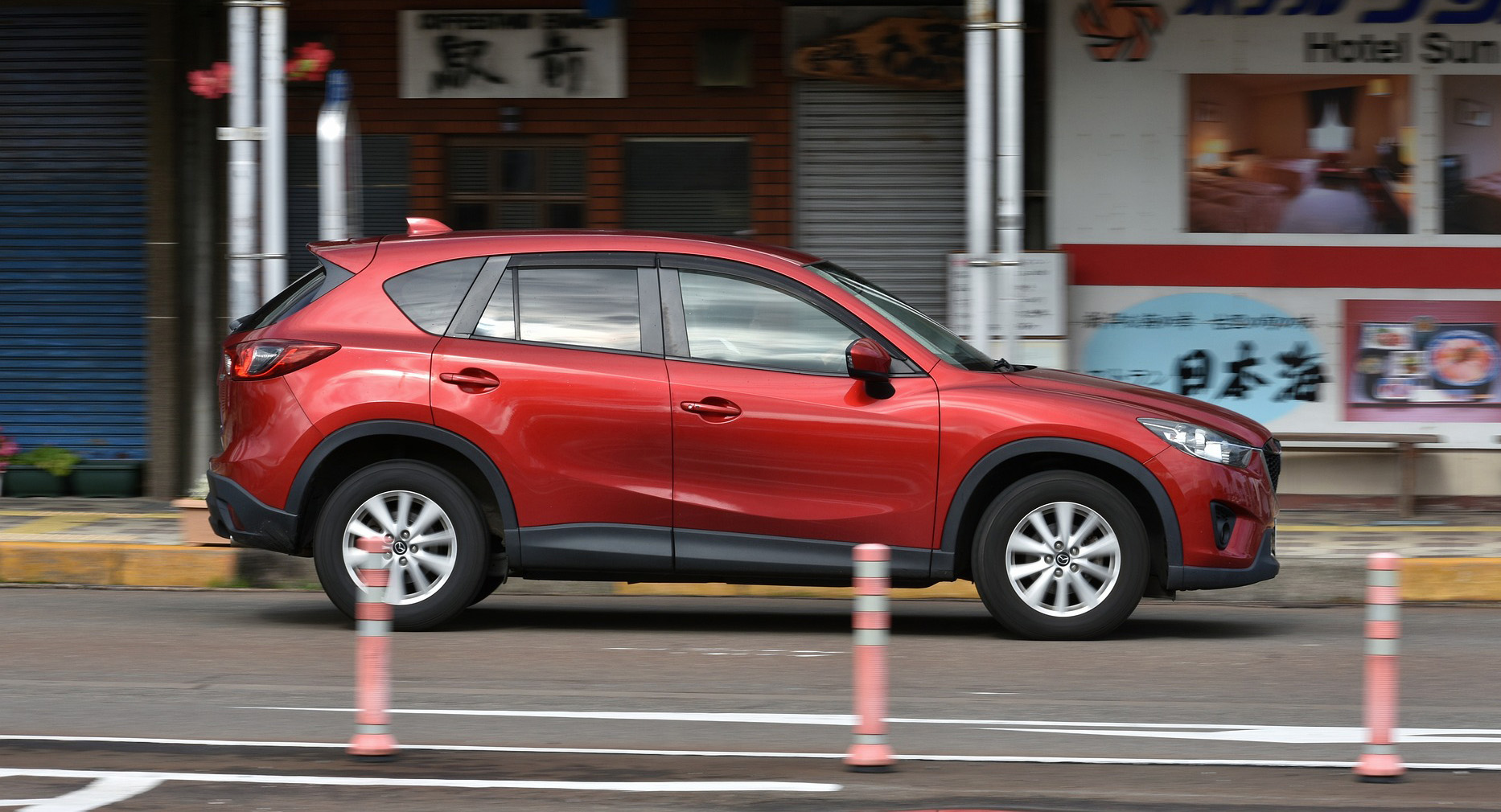 The sprayable bedliner has some very specific characteristics that make this coating an option for great versatility and resistance. 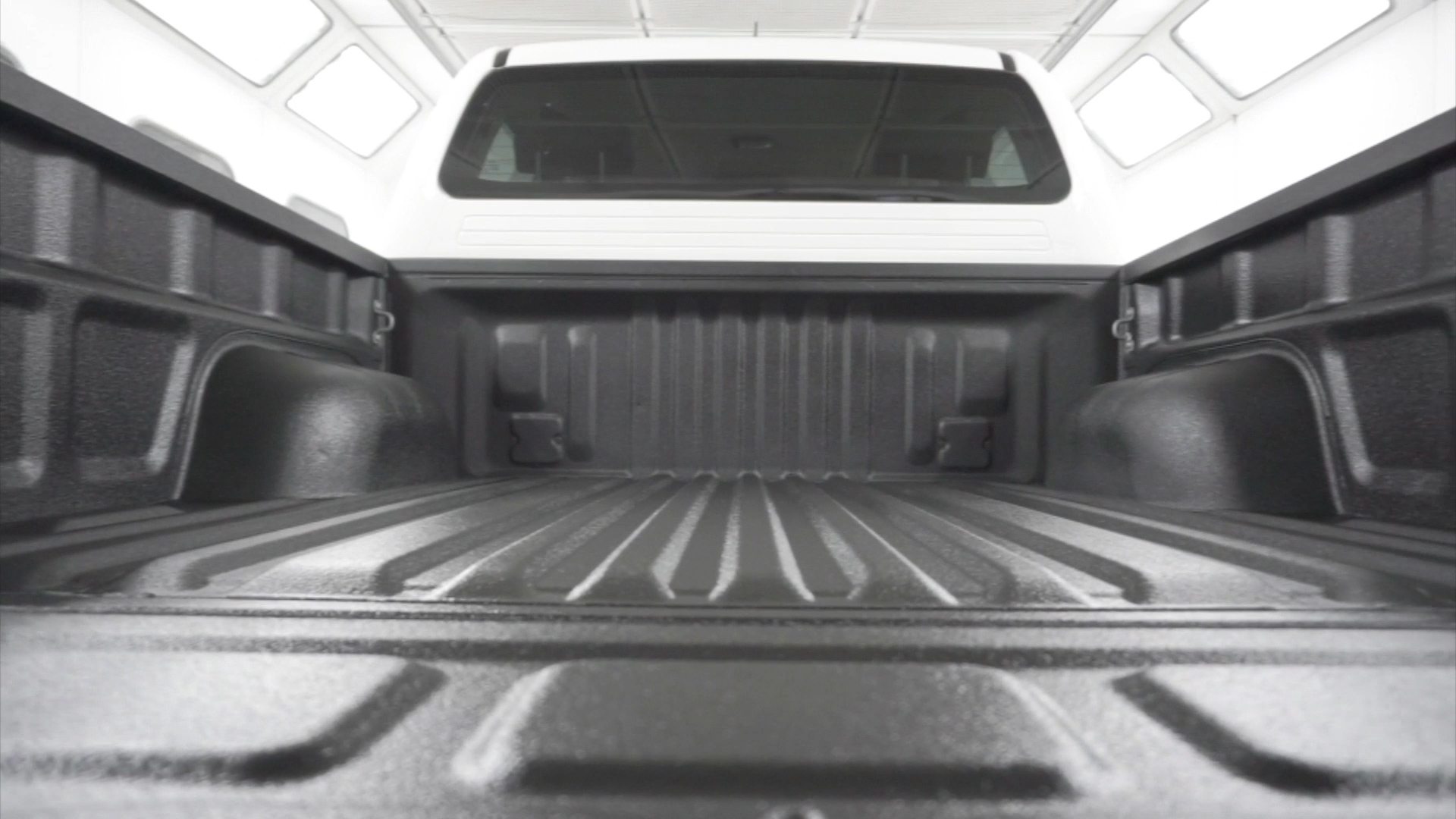 The sprayable bedliner has some very specific characteristics that make this coating an option for great versatility and resistance.

You can find out more about which cookies we are using or switch them off in settings.

This website uses cookies so that we can provide you with the best user experience possible. Cookie information is stored in your browser and performs functions such as recognising you when you return to our website and helping our team to understand which sections of the website you find most interesting and useful.

Strictly Necessary Cookie should be enabled at all times so that we can save your preferences for cookie settings.

If you disable this cookie, we will not be able to save your preferences. This means that every time you visit this website you will need to enable or disable cookies again.